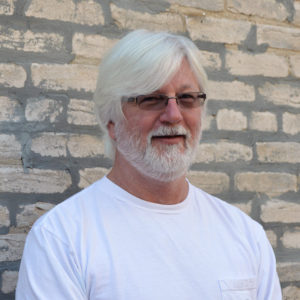 Gordon Rogers is Executive Director & Flint Riverkeeper®. He lives in the lower portion of the upper Flint in Talbot County. A native of South Georgia, Rogers attended college at Oxford College of Emory University, the University of Georgia–Athens, and Skidaway Institute of Oceanography. Following his formal schooling, he was employed for ten years by the Georgia Department of Natural Resources at the Coastal Resources Division in Brunswick, first as a fisheries statistician and later as a marine biologist and analyst. There he conducted basic research, management-oriented research, and marine policy development. Rogers then entered the private sector, as owner-operator of a Brunswick-based waste and recycling facility.