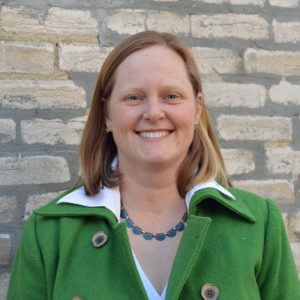 Originally from Alabama, I have been living in southwest Georgia for almost two decades. Needless to say, southwest Georgia has rooted itself into my heart. It is where I got my first professional job, met my husband (Brandon), bought my first house, and had two amazing children, Emily and Henry. This is also where I learned about the Flint River and the longleaf pine ecosystem, developing a love and appreciation for both. I hope to pass along this love and appreciation of nature to my children.

I graduated from Auburn University with a Bachelor’s degree in Wildlife Biology and moved to southwest Georgia for a job at the Joseph W. Jones Ecological Research Center. My first job at the Center involved freshwater mussel sampling in surrounding creeks. Little did I know this move would develop into an opportunity to get my Master’s degree at the University of Georgia, studying bobcats, and ultimately a position with the Flint Riverkeeper. Upon completion of my graduate degree, I worked in various roles as a Wildlife Biologist at the Center for 11 years conducting terrestrial wildlife research involving small mammals, bobcats, deer and more. It is great to be back in the water arena, where it all began.

After my tenure as a Wildlife Biologist I determined it was time for a change and decided to stay home with my two children. As they grew older, it was time to make another change and go back to work outside of the home. My first step was as a teacher at a day school and now I have joined the Flint Riverkeeper. I couldn’t be more excited about working with such a great group of people for an important cause that positively impacts us all as well as the natural resources of Georgia.