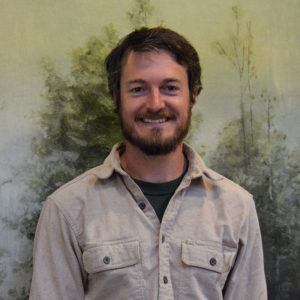 Richard Candler lives with his wife and son on his family’s land in Coweta County where they manage a small farming operation. Richard’s family, many of which still live on the farm, has a history of involvement in conservation issues throughout the state. He grew up swimming and catching salamanders along Line Creek, a major tributary of the Upper Flint, which forms the edge of his family’s property. Richard got his degree in business in Nashville and has lived abroad and traveled extensively. He moved back home after 10 years to be involved in his family farm. He is an avid birder and naturalist and continues to swim and catch salamanders in his spare time.