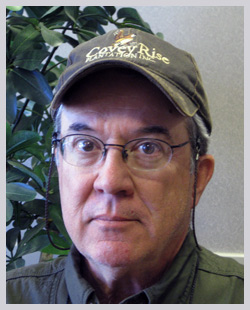 Robin was born in Thomasville, GA on November 28, 1953 to Earle S. and Jean C. Singletary, and moved to Camilla in 1954.  Still residing in the Camilla Area, Robin graduated from Mitchell County High School in 1972, and from the University of Georgia in 1976 with a Bachelor of Science Degree in Ag Economics.  He worked in the family furniture and carpet business until 1980, and for Cargill from 1980 until 1985, when he along with Murray Campbell founded CoveyRise Plantation, Inc.  Robin and his wife Patricia now own and still operate CoveyRise Plantation, Inc., which is located on the banks of the Flint River.  They have been married for more than three decades and have two grown sons, Brian and Joshua and four grandchildren.