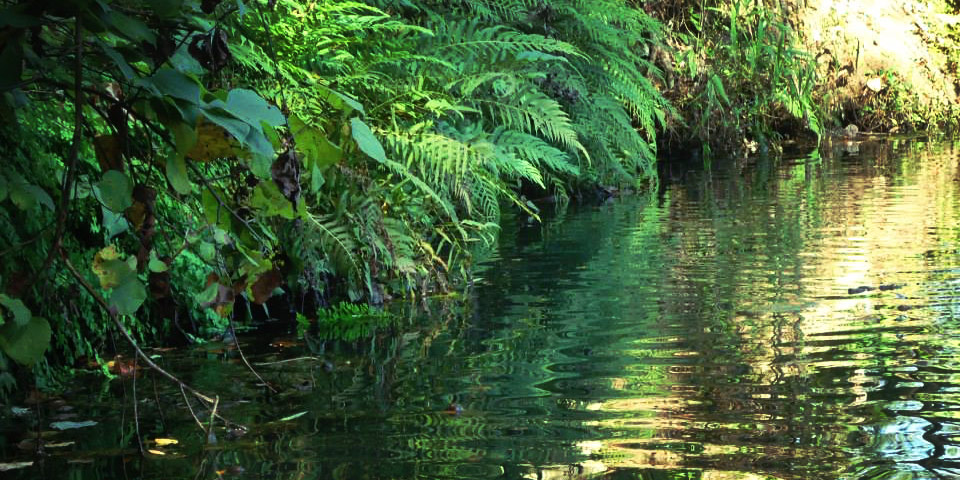 The threats facing the Flint River

helped to shape a sense of urgency in the decision to create a Flint Riverkeeper.

In February of 2008, a small group gathered to discuss their concerns for the river and unanimously decided to move forward with setting up the organization. A meeting was planned for May of that year. Lists were created by each of the original planners of people that they knew who fished, farmed, lived or recreated on the Flint River. From the lists, 35 people were invited to a meeting at the Lake Blackshear Resort on May 13, 2008. 28 of the invitees attended and were first asked to discuss their relationship to, and concerns for, the Flint River. Concerns were compiled into a list as the group progressed. Various experts from the region were present to discuss the health of the river and threats that they recognized. From the concerns presented a list of 8 major concerns was distilled by the group.

Col. Rick Dove, Neuse Riverkeeper from North Carolina, talked to the group about the requirements for starting a Waterkeeper Alliance group and gave tips on how to stay abreast of the issues. April Ingle of the Georgia River Network spoke about what support they offer to river advocacy groups in the state. The group of 28 voted and the decision was made to start a Flint Riverkeeper to address the threats identified, educate people about the river and to restore damaged areas of the river.

The paperwork and application was filed with Waterkeeper Alliance and, on Friday, June 27, 2008, at the final night of Paddle Georgia 2008, a week-long canoe/kayak camping excursion on the Flint River, it was announced that the Flint Riverkeeper was officially formed and approved. “The Flint River is a window into the issues that have come to the forefront of public debate as a result of the ongoing drought. As the state looks to build new reservoirs to meet growing water demands, the beauty of Sprewell Bluff speaks to what can be lost when free-flowing rivers and streams are dammed” said April Ingle, Executive Director of Georgia River Network, the organization that organizes Paddle Georgia each year. 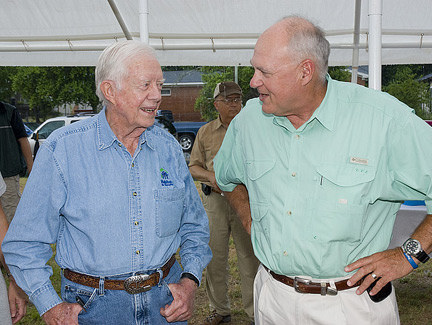 President Jimmy Carter was on hand to address the crowd about his work to keep the Flint River from being dammed in the 1970s. At that time, a board member made a $10,000 Founding Member donation in honor of Pres. Carter and a kayak donated to the organization was presented, as well. “The Waterkeeper Alliance is excited that such a dedicated, strong group of grassroots citizens has mobilized to form the Flint Riverkeeper to be the eyes, ears, and voice for this extremely important river” said Robert F. Kennedy, Jr., Chairman of the Board of Directors of the Waterkeeper Alliance, the national organization that connects and supports local Waterkeeper programs to provide a voice for waterways and their communities worldwide.

In August of 2008, the group met to determine the board members, by-laws and mission statement of the organization. Paul Deloach was unanimously voted to serve as the Chairman of the Board. It was decided that an Executive Director would be hired and candidates are being interviewed currently. Meanwhile, Paul and other board members have been working to raise funds and introduce the community to the concept and mission of the Flint Riverkeeper.

Advocacy – The FRK is the premier watchdog organization for the Flint and its surrounding watershed, actively patrolling the river, collecting water quality data and attending public hearings to maintain a powerful presence representing the concerns of affected citizens and the environment.

Outreach & Education – The FRK is building a broad and diverse membership to ensure those who use and love the river are fully informed on relevant issues – water quality and impending threats to the river – along with programs and services provided by the FRK.

Enforcement – The FRK works to ensure compliance with all clean water laws, collaborating with local officials, developers, farmers and individuals and filing legal action only as a last resort.