Flint Riverkeeper® received its license to operate as a Riverkeeper® from the Waterkeeper® Alliance in June of 2008, as announced at a fish fry on the Flint in Oglethorpe, Georgia. Former President Jimmy Carter, attended the event to pledge his support to help protect the Flint.

Rogers is the son of a Methodist minister, a Georgia native who graduated from high school in Glynn County, attended Oxford College of Emory University, and the University of Georgia. He worked at Skidaway Institute of Oceanography, then spent ten years with Georgia DNR in their Coastal Resources Division. After that, Gordon ran a waste and recycling firm, then served the citizens of the Satilla River basin as their Riverkeeper®. He has fished and hunted all of his life. Gordon is married to Gina Leigh Gore, originally of northern Virginia, and together they have three children:  Quint, Joe, and Jamie Leigh.

In 2009, American Rivers listed the Flint as the second most endangered river in the country. The Flint is one of only 40 rivers nationwide that still flow undammed for more than 200 miles. Some Georgia lawmakers have proposed dams that would flood over 50 miles of the Flint, costing taxpayers millions, while destroying fishing and boating opportunities, and inundating tens of thousands of acres of productive forest products and farm lands.

The Flint River originates under Atlanta’s Hartsfield Airport and flows to the Florida line, where it joins the Chattahoochee to form the Appalachicola River, entering the Gulf of Mexico at Appalachicola Bay.  The waters of the Flint are intertwined with those of subterranean aquifers, as well as those of hundreds of tributaries. Numerous special plants and animals are dependent upon the Flint’s waters, including the prized shoal bass, the shoal spider lily, quite a few species of mussels and other rare species. The fishing and hunting in the basin are nothing short of spectacular.  The Flint basin’s rich agricultural heritage and economy, and its wildlife are dependent upon its intricate system of water supply, which is currently threatened by polluted waters, and by the additional proposed projects to impound the Flint to help accommodate metro North Georgia’s purported ‘needs’.

Flint Riverkeeper® Board Chairman Deloach said, “We are thrilled to be able to attract Gordon with his invaluable experience, personal integrity, and his passion for protecting  water resources and  diverse ecosystems . Residents in the Flint Basin will welcome Gordon’s approach to the issues we face, as well as those in Metro Atlanta, and how they impact all of the river basins and downstream communities in Georgia”.

Rogers said, “I am captivated by the Flint’s beauty and power, and by her people’s connections to her. I have been privileged in my life to have fished and paddled many rivers, including the Flint, and can easily see why her citizens are so passionate about her. Metro North Georgia clearly needs to improve the efficiency of their water usage, without pounding taxpayers by impounding our free flowing waters. The integrity of the Flint must, and will, be maintained.  We will be working together…the Board, the membership, the staff, and I…to insure enough clean water to fish in, swim in, drink, and sustain the farms and businesses of the Flint.”

Glenn Dowling, Flint Riverkeeper® Board member and Executive Vice President of the Georgia Wildlife Federation said, “It is a rare opportunity for the FRk to secure such a skilled management professional who possesses the experience, background and knowledge of the Flint and all of Georgia’s politically charged water issues.  Gordon Rogers brings a unique skill set to an under-served river basin that is being threatened on multiple fronts.  Like many other families in SOWEGA, my family is a stakeholder in one of the primary sub-basins of the Flint, the Ichawaynochaway.  From Hartsfield to Woodruff Dam, Flint River basin citizens can be assured our families, local governments, agriculture, businesses and ‘culture of the river’ will all have a vigilant voice looking out for our best interests…what is good for the health of the Flint River is good for our shared wildlife, communities, businesses and cultural health.”

Dr. Sam Brewton, Flint Riverkeeper® from Thomaston said, “I am excited that we have the opportunity to have such a knowledgeable and experienced person as Gordon Rogers to work with us on behalf of the Flint River.  The Flint is a significant Georgia natural resource and heritage for our children and has long deserved its own full time advocate.  I cannot imagine a more effective advocate than Gordon Rogers! It will be a pleasure to all work together to preserve our diminishing Georgia natural environment.”

Stan Lumsden, Flint Riverkeeper® Board member from Peachtree City said, “Think about it:  we have an average of more than 100,000 people moving to Metro North Georgia each year.  Couple that with the decision by a federal judge to prohibit Metro’s withdrawals Lake Lanier within three years, and we have a near overwhelming challenge in front of us.  Gordon Rogers can hit the ground running and quickly work towards resolving pressing issues.  He is intelligent, knowledgeable, extremely experienced and has a passion for the Flint and other endangered waterways”.

Flint Riverkeeper®, Inc. a fully-licensed 501c3 nonprofit Georgia corporation dedicated to the restoration and protection of the Flint River in Georgia, USA.  With already over 575 family, individual, farm, and business members, Flint Riverkeeper® is already supported directly by over 1,000 Georgia citizens, landowners, and businesses caring for a watershed that encompasses nearly 8,500 square miles and nearly 800,000 residents.  Donations can be made and information obtained at:  P. O. Box 468, Albany, Georgia  31702, or on the web at www.flintriverkeeper.org. 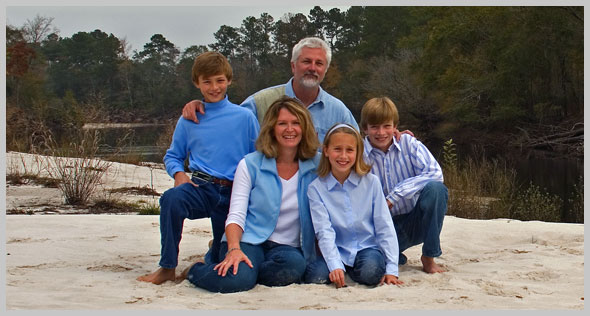