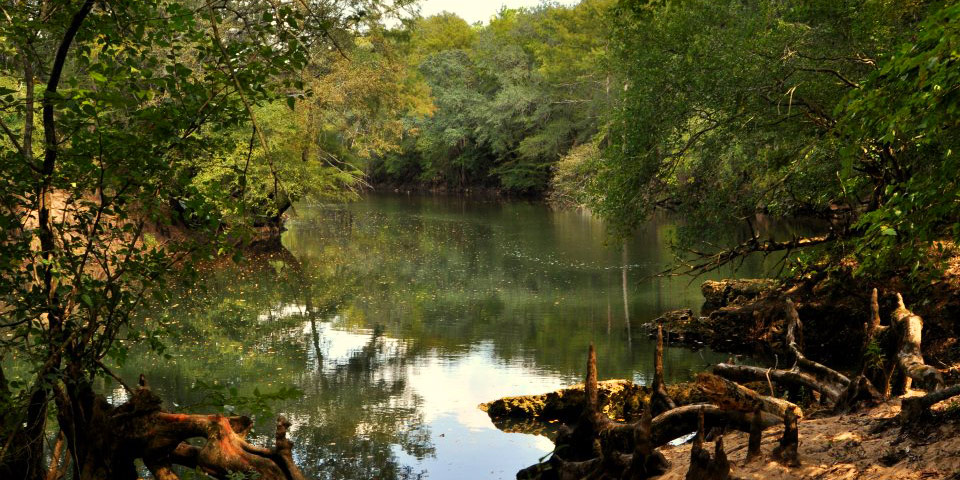 The Flint has carried many names

All of them have referred to the quartz-based rock found along its banks, used for thousands of years by native cultures to fashion arrowheads and tools.

Despite its humble origins near the Atlanta airport, the Flint River is undeniably one of the South’s most precious natural resources. Generations have enjoyed the river as a resource to water communities, farms and industry alike, but also as an opportunity to experience the natural world through hunting, fishing, swimming and paddling. With 220 undammed river miles, the Flint is one of only 40 rivers left in the United States that flow for more than 200 miles unimpeded. Recent legislative efforts to dam a 50-mile stretch of the Flint to create a supply reservoir for Atlanta’s burgeoning water crisis have earned the Flint River the #2 spot on the list of Top Ten Most Endangered Rivers, published by American Rivers. To learn more about this story you can read about the top 10 most endangered rivers in America on CNN.com.

Revered as one of the most ecologically diverse river basins in the Southeast, the Flint River is also at risk from pollution; absorbing stormwater, agricultural and industrial runoff as it flows south out of the heart of Atlanta. As part of the Apalachicola-Chattahoochee-Flint (ACF) river system, the Flint is entangled in the “tri-state water wars” in which Georgia, Florida and Alabama are struggling to determine water usage rights as Atlanta continues to grow beyond its resources.

The ancient Eastern Woodland tribes that settled near today’s city of Albany called the river and village Thronateeska, or Thlonotiaske, meaning “flint picking-up place.” The Muskogee Indians called the river Hlonotiskahachi. Hlonoto or ronoto means “flint” in Muskogean. It was named Rio de Capachequi by Hernando DeSoto when he discovered the river near Bainbridge, Friday March 5, 1540. The Spanish later called it the Rio Perdernales, pedernal meaning “flint” in Spanish. 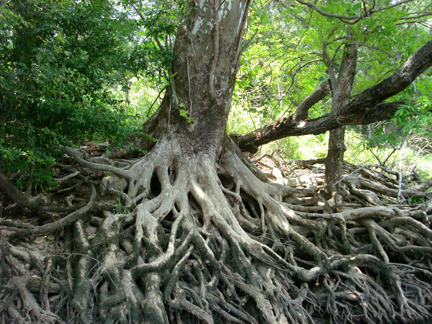 The Creek Indians, or Muskogee Nation, were a well-established and organized culture when de Soto and his band of Spanish explorers arrived in the Flint River Valley in 1540. The Creeks, resentful of encroachment on their land by white settlers, supported the British during the American Revolution. After the war they were faced with more settlers seeking fresh land for cotton, the main staple of plantation owners at that time. Despite George Washington’s efforts to integrate Indians into the new American culture, relations deteriorated, resulting in the Creek War, an effort by the Creek Nation to establish claim on their lands from the Great Lakes to the Gulf of Mexico. Ultimately, General Andrew Jackson and his troops defeated the Creeks, forcing them to cede 23 million acres of land to the US and bringing them under control.

The land between the Flint and Chattahoochee Rivers was quickly sold off to settlers intent on farming. By 1860, the state of Georgia was considered the world’s largest producer of cotton with much of that production coming from the Flint River Valley. The Flint River was integral in the growth of the cotton industry in the area as it provided the venue for steamboat transportation. By 1860 more than twenty-six steamboat landings were established on the Flint between Bainbridge and the Chattahoochee junction. Steamboats traveled upriver as far as Montezuma until the riverbed of the Middle Flint became unnavigable. Below Bainbridge, steamboat travel continued to thrive until about 1928, mostly to ship cotton to the port of Apalachicola. Meanwhile, numerous ferries traversed the width of the river, allowing transportation between its shores. In fact the last ferry across the Flint, near Marshallville, remained in operation until 1988.

The combined effects of the Civil War (1861-65), soil erosion, the boll weevil, and the Great Depression of the 1930s devastated Flint region farmers. Agricultural production in the area grew to include peanuts, soybeans, vegetables, and wheat; as well as dairy cows, cattle and hogs to extend the opportunities for income. Agriculture continues to thrive in the Flint basin and use of its waters for irrigation along with other impacts on the river’s health are considerations still today.

In the 1960s the U.S. Army Corps of Engineers investigated the feasibility of building a dam at Sprewell Bluff near Thomaston. In spite of the popularity of the practice of damming across the country at that time, then Governor Jimmy Carter vetoed the dam in 1974. Though shocking at the time, this decision proved wise for the health of the rivers and can be considered a model in current debates over the effects of damming the Flint today. 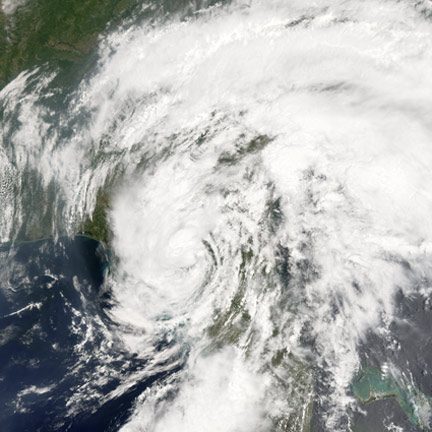 The Flint River has been no stranger to disaster over the years as several tropical storms have proven devastating to the area, particularly in recent years. In July of 1994, the tropical storm Alberto stalled over western Georgia. Millions of gallons of runoff from the city of Atlanta and tremendous rain on southwest Georgia combined to submerge Montezuma and Newton, and to cause the worst flood in Albany’s recorded history. Numerous counties in the Flint basin were declared federal disaster areas; at least thirty-one people died, including fifteen in Americus and four in Albany. A second flood in Albany in March 1998 prompted plans for a levee, which are still being argued.

Ironically, extensive drought from the summer of 1998 through early 2009, placed the Lower Flint in particular peril because of its shallow aquifer discharge. In 2000 the General Assembly passed the controversial Flint River Drought Protection Act, which aims to preserve a minimum flow in the river by paying farmers in southwest Georgia not to irrigate their land from area streams during severe drought years.

In January 2002, an airport drainpipe became clogged allowing de-icing fluids from the airport runway to overflow into the Flint. The result was the detection of trace amounts of ethylene glycol and propylene glycol in drinking water drawn from as far downstream as Fayette County. The pipe was repaired, and assurances made that the levels were not harmful.